Now in its Fifth year running, the Waterfront Market in partnership with Dubai Culture & Arts Authority, the Emirate’s dedicated entity for culture, arts, heritage, and literature, is incredibly proud of its support of and contribution to the UAE’s growing art community.

Building on its success year on year, the competition is a notable fixture in Dubai’s calendar.

In 2018, 36-year-old UAE resident Shahul Hameed’s winning mural artwork was chosen from over 100 submissions. The theme for the year was “Make Your Mark” with Hameed’s work chosen for its creative depiction of the UAE’s social, cultural and economic journey to its modern day entity.

In 2019, the Murals and Art Competition featured two categories: One for mural artwork, the other for sculpture. Filipino artist John Paul Faderogao, a freelance artist based in Abu Dhabi, won AED 15,000 for his mural featuring a young Emirati boy learning about the history of the UAE. UK National, Spencer James Hogg, created the second winning entry for the 2019 sculpture category, taking home the second prize amount of AED 15,000. His piece, a unique steel-pipe installation depicting the word “Allah” in Kufic calligraphy, was as visually intriguing as it was meaningful. Crafted using five pipes representative of the five pillars of Islam, Hogg added a further layer to his creation that was especially enjoyed and noted by the jury.

In 2020, despite the testing times of a global pandemic, the competition went ahead with “Honouring our Frontline Heroes” as the theme. The winner, Kristian Barba Olidana, won AED 15,000 for his work on ‘Mute’; a stylised mural reflecting the uprising of 2020s most adopted communication tool, video conferencing. With the design centric to Zoom’s video conferencing interface, the piece featured 11 participants representing frontline workers, with the 12th representing the rest of the world. Mr. Olidana wanted to ensure that his mural was both emotive and demonstrative of the importance of every frontliner, from cleaner to scientist.

In November 2021, Waterfront Market announced a call for entries for the competition, with the latest one asking participants to celebrate the UAE’s Golden Jubilee.

Sencil approached the theme by thinking about UAE leaders and imagining their “collective vision” for the country. In his mural History of the Future, artist Nemar Precioso Sencil celebrates the old and new.

The central figure of Sencil’s work, which won him this year’s Murals and Art Competition by Waterfront Market, is an Emirati child surrounded by markers of the UAE’s heritage and development over the past 50 years. 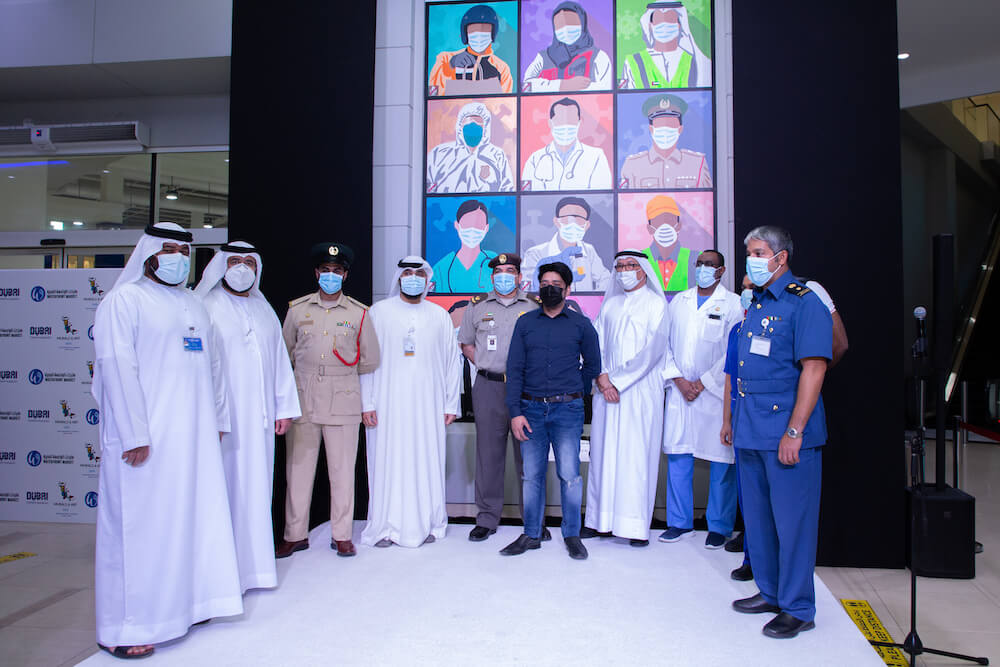 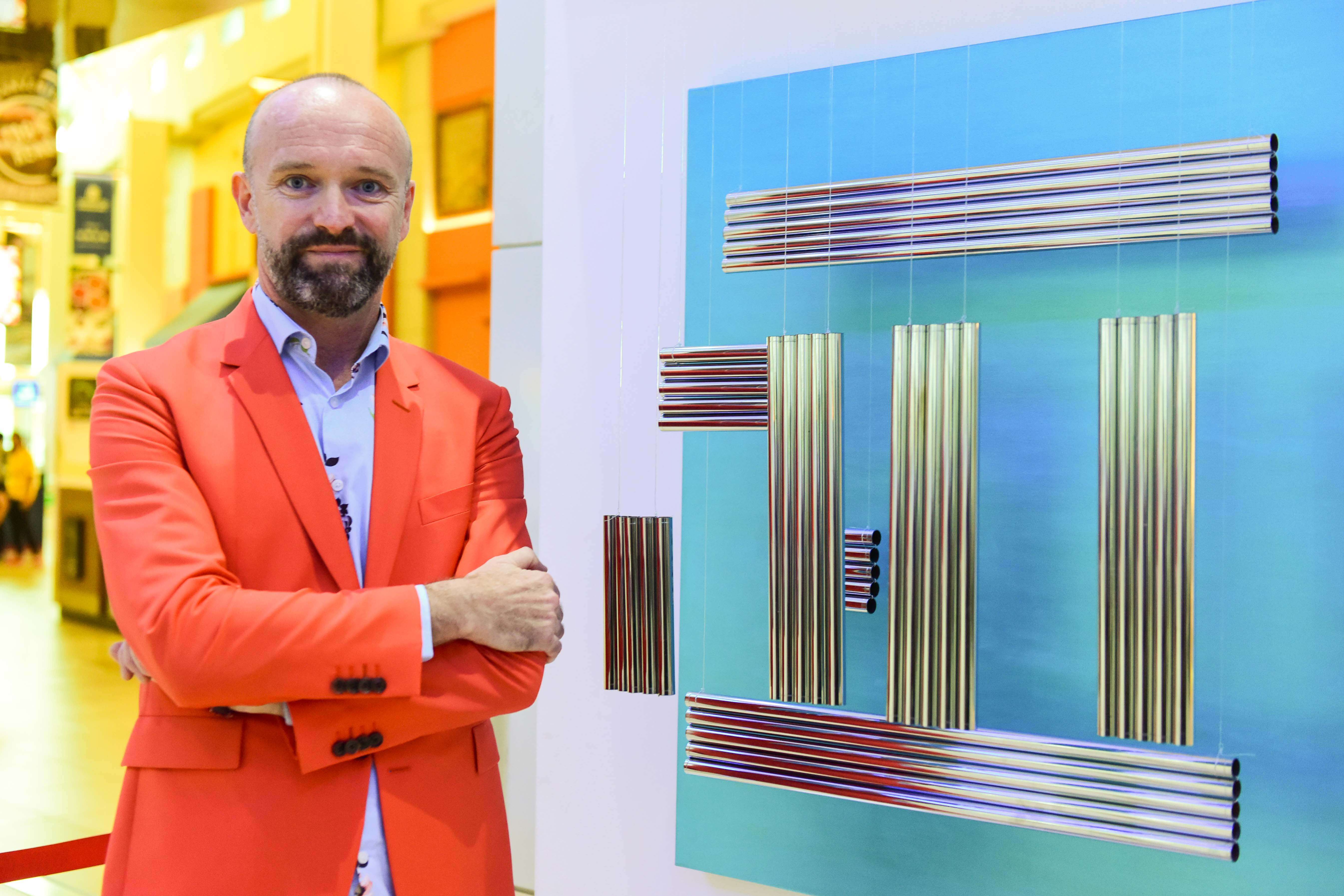 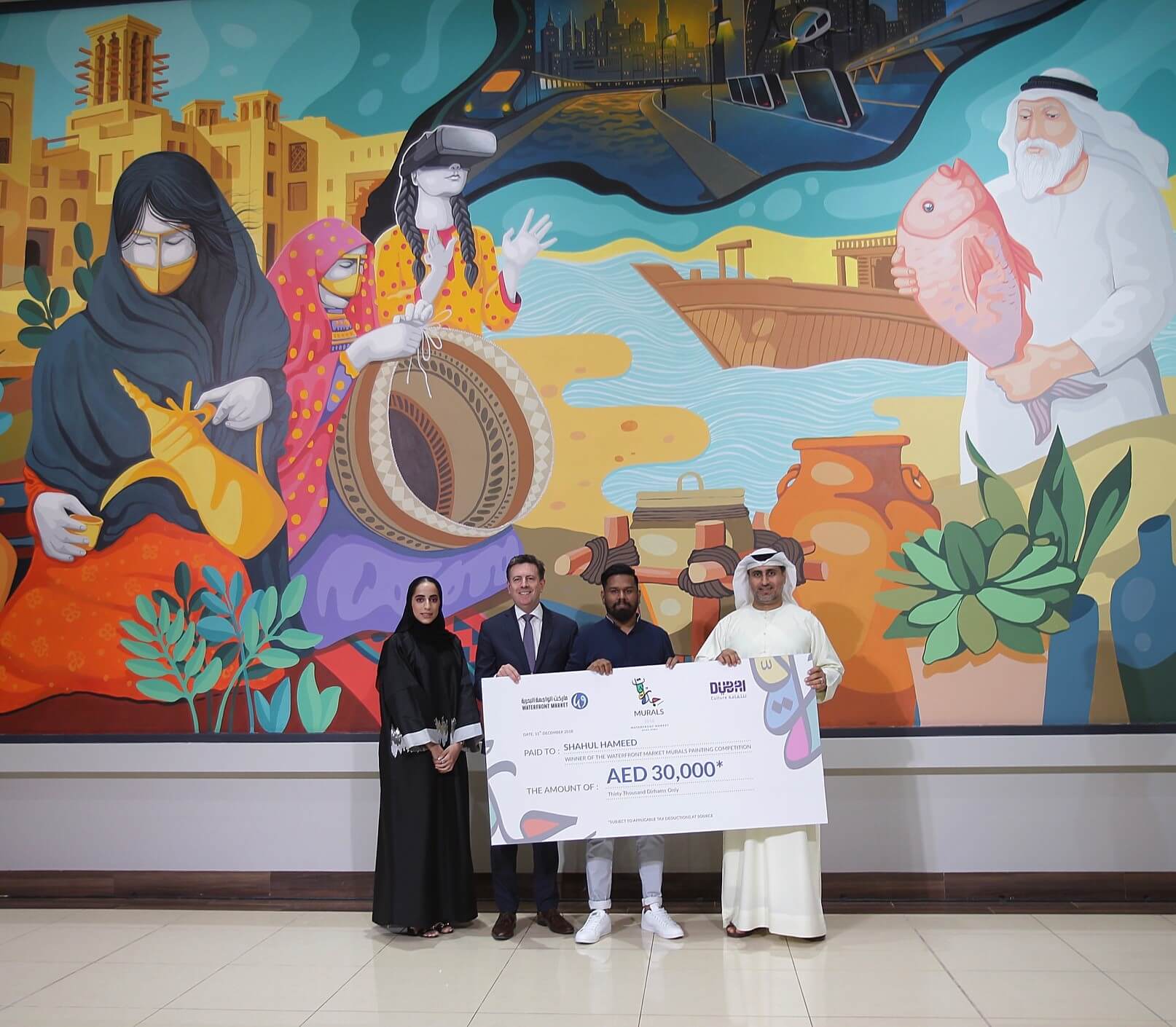 THE WATERFRONT MARKET IS A PROUD SUPPORTER OF THE UAE’S ART COMMUNITY.